The Prehistoric monument at Stringmans Field was first identified by a magnetometry survey carried out in April 2018.  This suggested a possible ring ditch anomaly toward the southeast of Stringmans Field.  Excavations led by Dr David Walsh and students of University of Kent in September 2018 excavated a small area over the ring ditch anomaly and confirmed a segment of a ring ditch cut into the natural chalk bedrock. 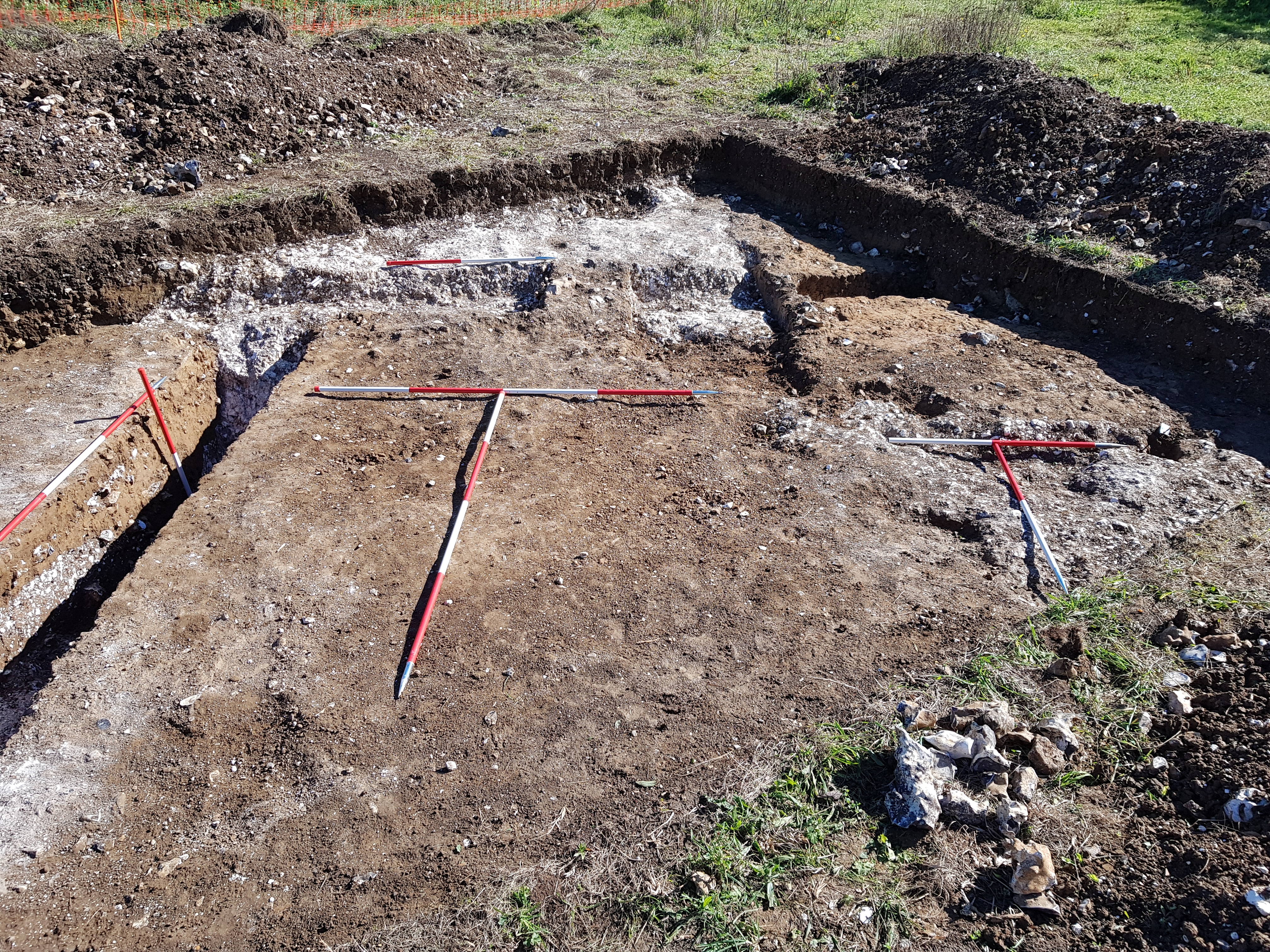 A group of volunteers led by Richard Taylor returned to Stringmans Field in July 2019 to investigate this possible Prehistoric monument further.  What they found was unexpected – a probable causewayed monument.  Further excavations confirmed the presence of a ring ditch cut into the chalk, a terminus to the ring ditch and a likely causewayed area to the north.  Evidence that the monument had been maintained was visible in the ring ditch stratigraphy, demonstrating at least two re-cuts.  Pottery from secure contexts suggests the monument is of Neolithic origin and in use for at least a millennia judging by the presence of Beaker pottery higher up the stratigraphic sequence. 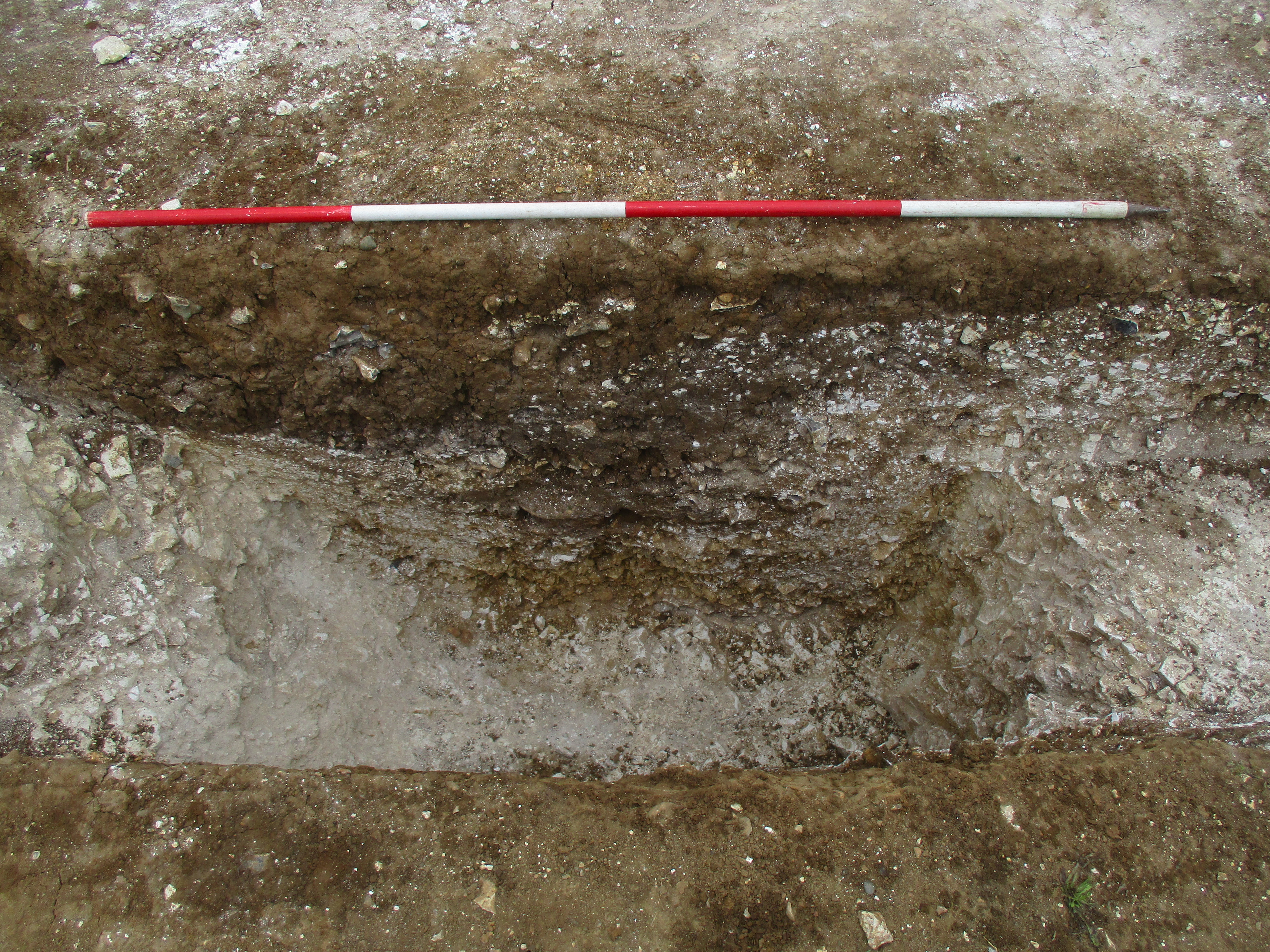 With all this in mind, KAS members and volunteers from Shorne and Faversham archaeological groups have, for the last three days (from 2nd September), worked hard to investigate two components of the Prehistoric monument at Stringmans Field: firstly, an examination of the north causewayed area to the west of the terminus discovered in July 2019; secondly, to explore the chalk interior to the south.

Much of the north causewayed area to the north, we have since discovered, has been removed by a significant re-cut that occurred during the Neolithic or Early Bronze Age, which seems to have adapted the monument from its original causewayed form, to one that is surrounded by a continuous ring ditch, with a significant flint base. 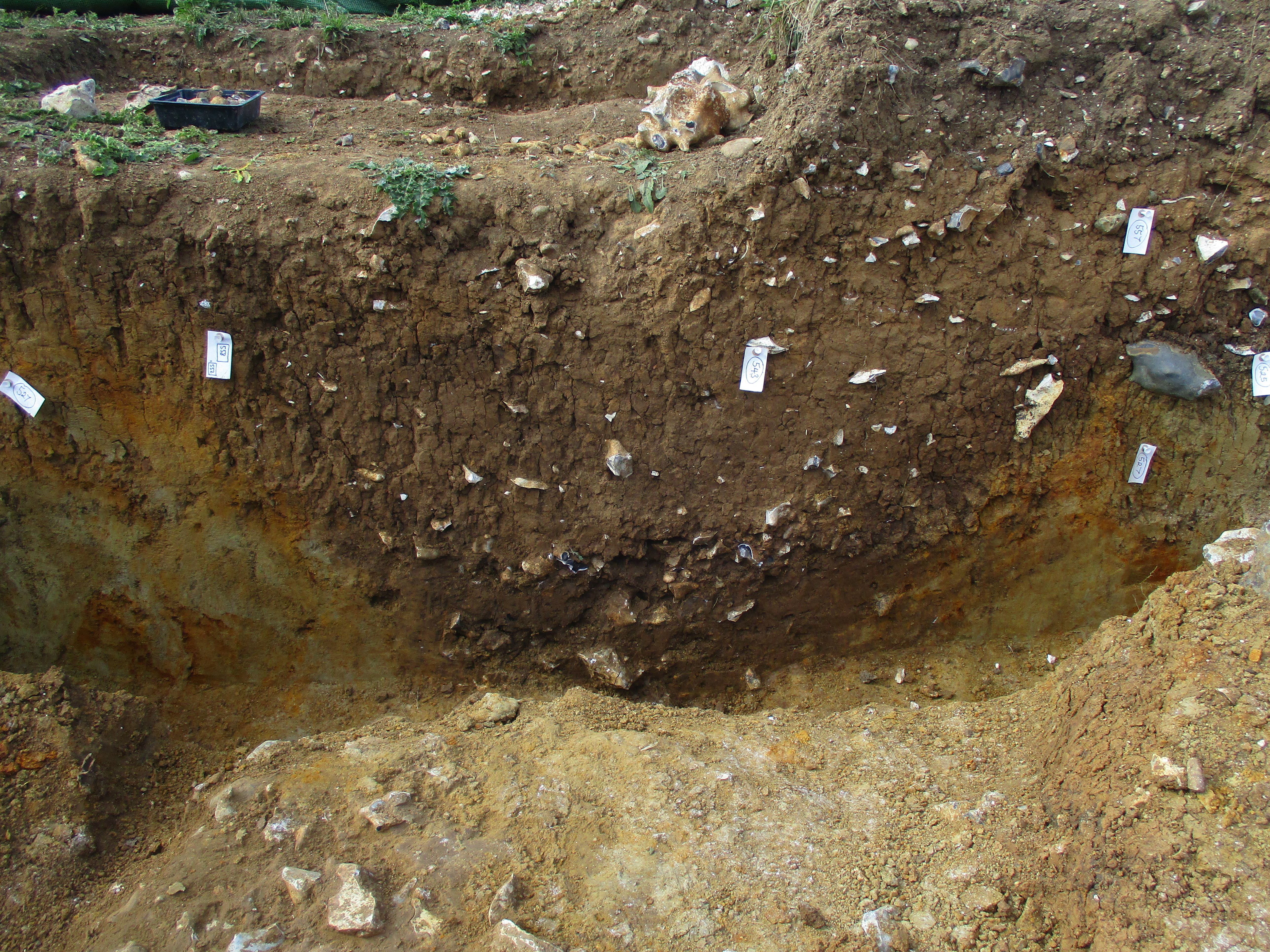 This re-cut is interesting as the base of it is lined with flint, from which we are obtaining lithic material and Prehistoric pottery.

Finally, the painstaking work of removing various sub-soils and hillwash has enabled us to get a better view and understanding of the interior of the monument and how its was composed or may have looked.  Unfortunately for the original builders, they situated the monument, not only on the chalk bedrock, but also a number of (supposedly unknown) chalk solution hollows, which must have made building difficult.  Nevertheless, the Neolithic people seem to have adapted well and utilised this geology to their advantage, as demonstrated in the image below, which shows a chalk face of one such solution hollow used as an inner face of the monument. 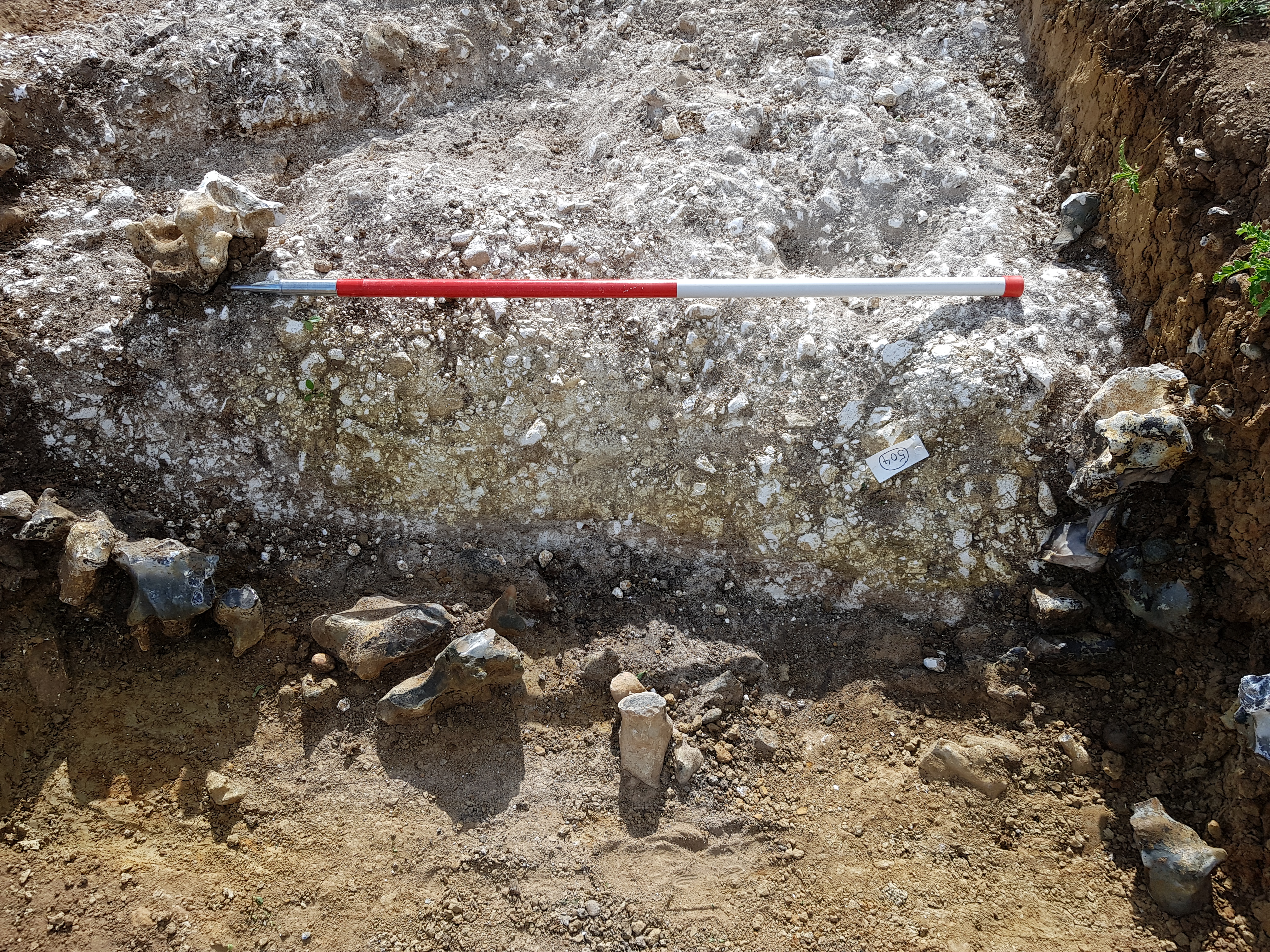 A huge thank you to all the volunteers that have taken part so far...it really is a complex site and your hard work, commitment and enthusiasm has been amazing.

Work continues at Stringmans Field this week until Friday...it is a fascinating and enigmatic site - one which will require many years of investigation and research by the KAS to uncover its many secrets.  If you are interested in helping out now, or in future, please get in touch at richard.taylor@kentarchaeology.org and I will keep you up to date with proposed excavation dates over the next twelve months.  Meantime, do keep an eye out for Day 4 and 5 updates.