This is an update on the first few days on site and the preparation for the next few weeks excavation.

During August all our equipment, containers, marquees, offices and toilets have been moved to Wood’s Court Field.  They have all had a good clean and are now ready for you.

Monday, Tuesday and Wednesday have very much been taken up by getting the three trenches (T 2, T 3 and T 4) ready for excavation.

Trench 2 is on the right of the image, Trench 3 on the left hand side with Trench 4 joining the T 2 and T 3 together.

T 2 is the un-excavated quadrant from the 10m x15m trench that we dug last year which includes the significant portion of the pit like feature that was discovered at the end of last year’s dig.

Finally, T 3 is a 154m x 1.5m trench running between T 2 and T 4. Just to clarify that number the trench is 154 meters long – possible the longest archaeological trench opened up in Kent this year – unless you have other information that might indicate otherwise. 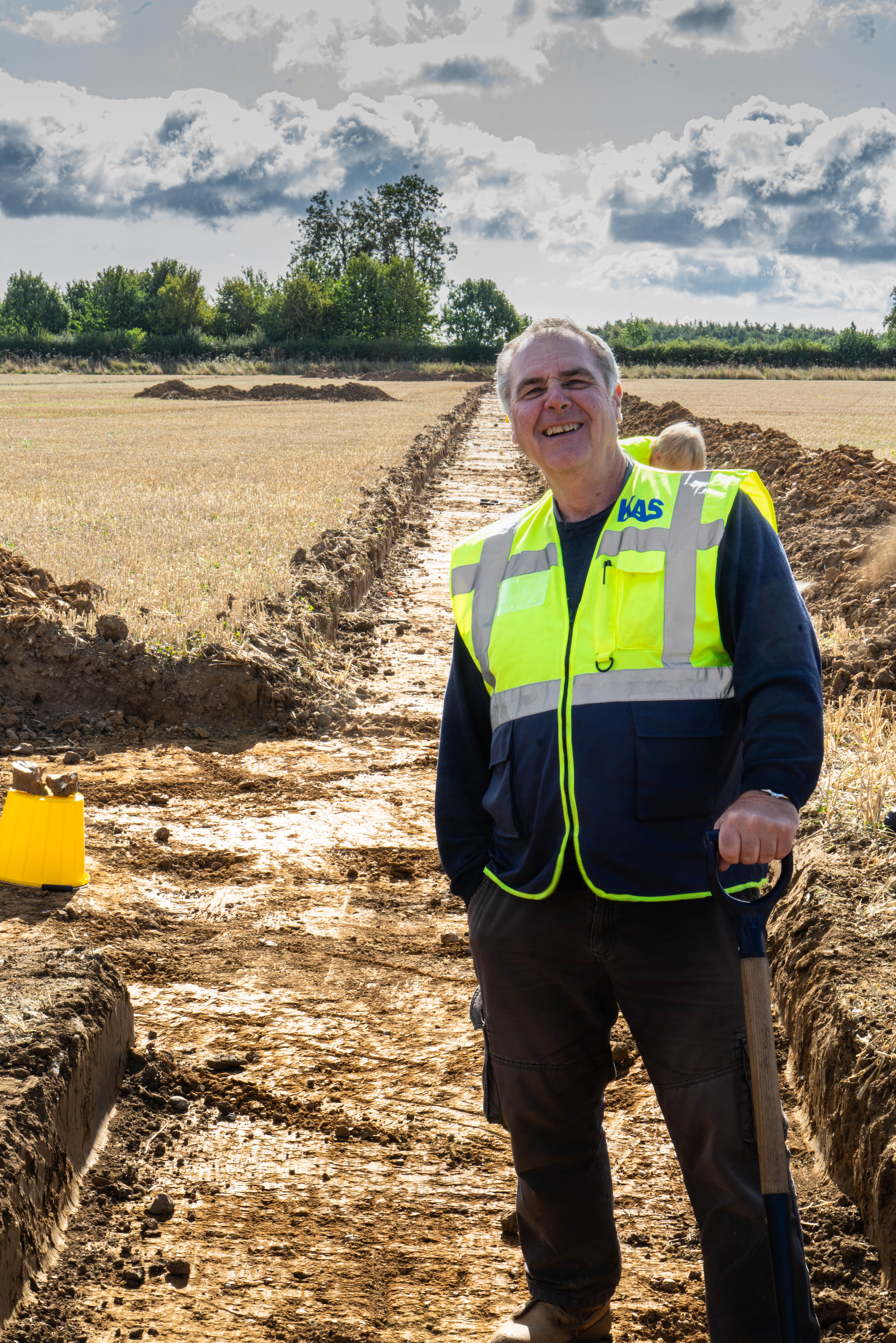 The trenches were opened up by JCB with the usual watching brief in tow. Surface finds include struck and calcined flint pot/post holes.

Whilst the excavation trenches were having the topsoil removed, the team conducted some field walking.  You cannot walk anywhere in this field without treading on worked or calcined flint. 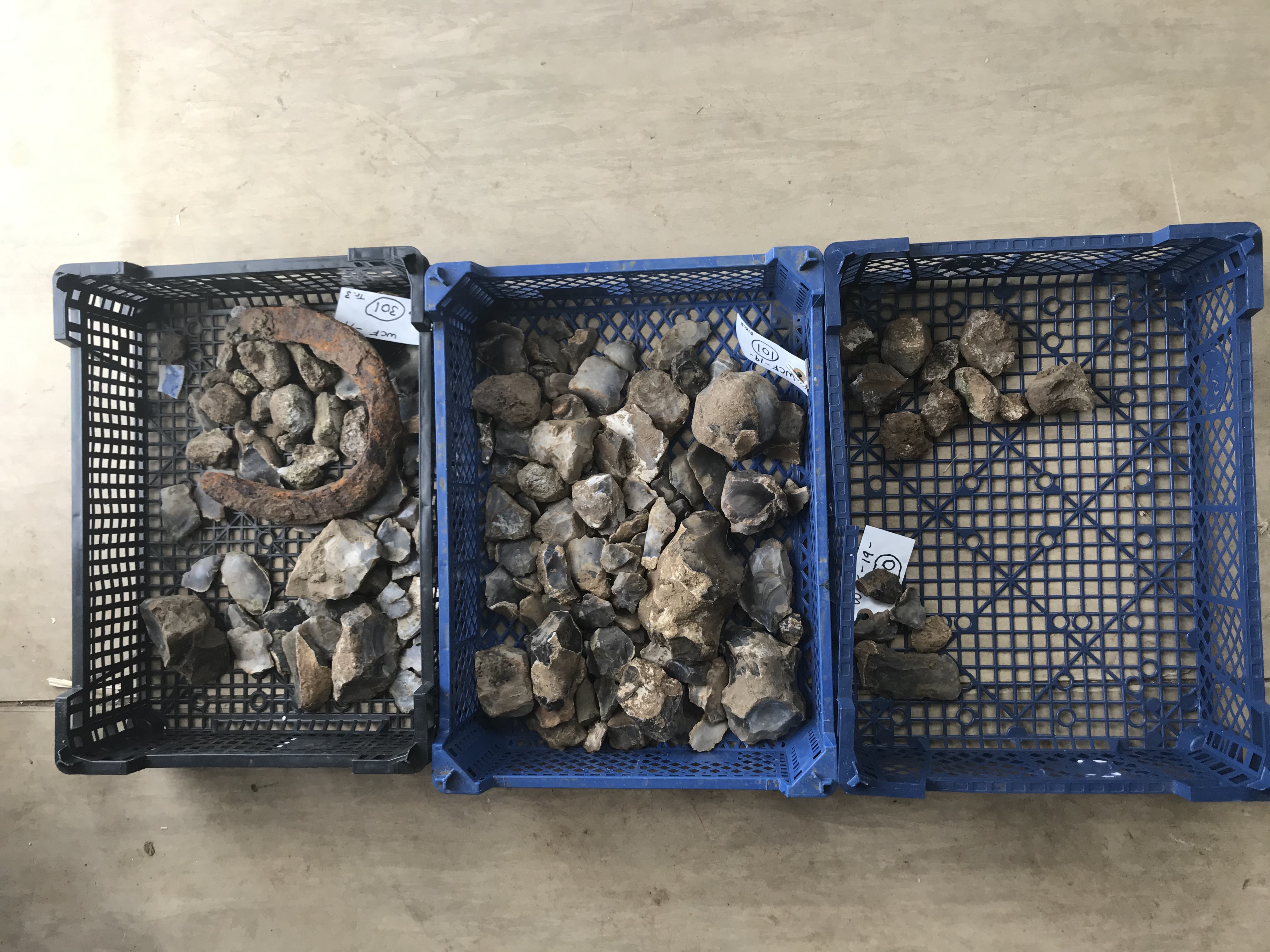 One feature in Trench 4 that attracted attention was a particularly large pit filled with pot boilers.  Due to the size of this pit an extension was cut into Trench 4 becoming Trench 4a.  The pit has a circumference of 6m. 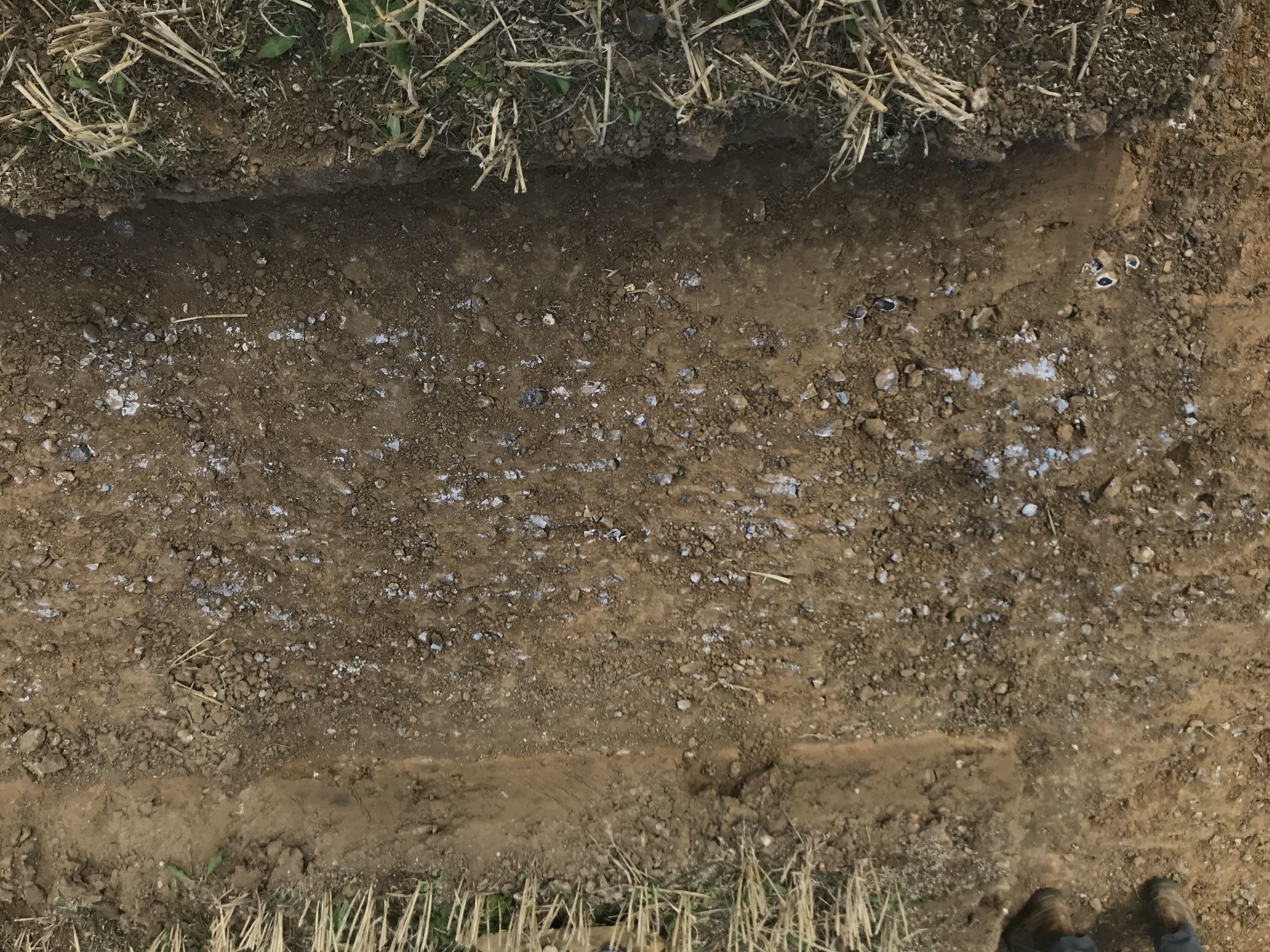 Once the topsoil had been removed hand excavating started. A lot of features were exposed and are in the process of being excavated.