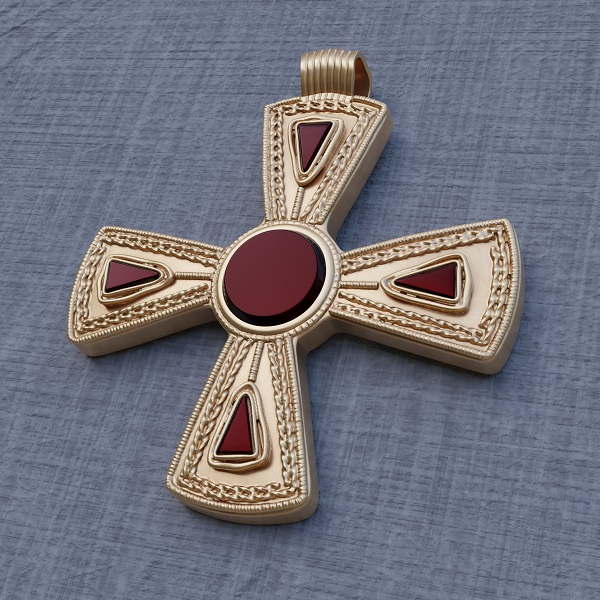 The Kent Archaeological Society (KAS) already has an important collection of Early Medieval artefacts, chiefly derived from the Anglo-Saxon cemeteries at Lyminge, Bifrons and Sarre.

Recently, it has had the opportunity to obtain another significant piece in the form of a gold and garnet pendant cross, found by a metal detectorist at Elham and reported through the Portable Antiquities Scheme. The cross is incomplete and was probably cut up before it entered the ground (like items in the Staffordshire Hoard). It is thought to date to the first half of the seventh century, not long after St Augustine first arrived in Kent in AD 597. It is likely to have been owned by a woman of high status, many of whom embraced and encouraged the adoption of Christianity in the seventh century.

Crosses like this are comparatively rare although, interestingly, one very similar was found at Thurnham in 1967. As that was before the present Treasure Act, it was sold and its whereabouts are unknown, making the latest discovery all the more fortunate.

David Haigh, who made the find, said, “I was so thrilled to unearth this historical relic, during a hailstorm I might add. Hopefully this may dismiss the myth that all of us detectorists are "treasure hunters" only in it for financial gain. So pleased that KAS are now the custodians of this magical artifact.”

KAS Honorary Curator, Elizabeth Blanning, said, “We are delighted to have been able to add this important item to our collection. Viewed as a piece of broken jewellery, it has only scrap value, but as an archaeological artefact, it is a priceless piece of history, helping to tell the story of the transition from paganism to Christianity in this corner of Britain.”

Jo Ahmet, Kent Finds Liaison Officer, to whom the discovery was first reported, added, “Gold and garnet objects such as these are always striking. For me however, studying numerous Early-Medieval pieces it is evident that in addition to its apparent scrapping, the central flat topped circular garnet is likely to have come from a sixth century piece, being a type of cut not being much produced after the middle of the 6th century. It is a fantastic snapshot, in one object, of the process of recycling and management of precious resources.” 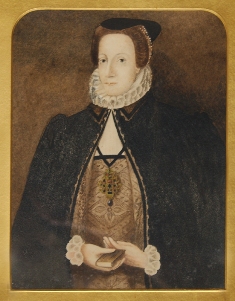