Trials and travels of a KAS pioneer 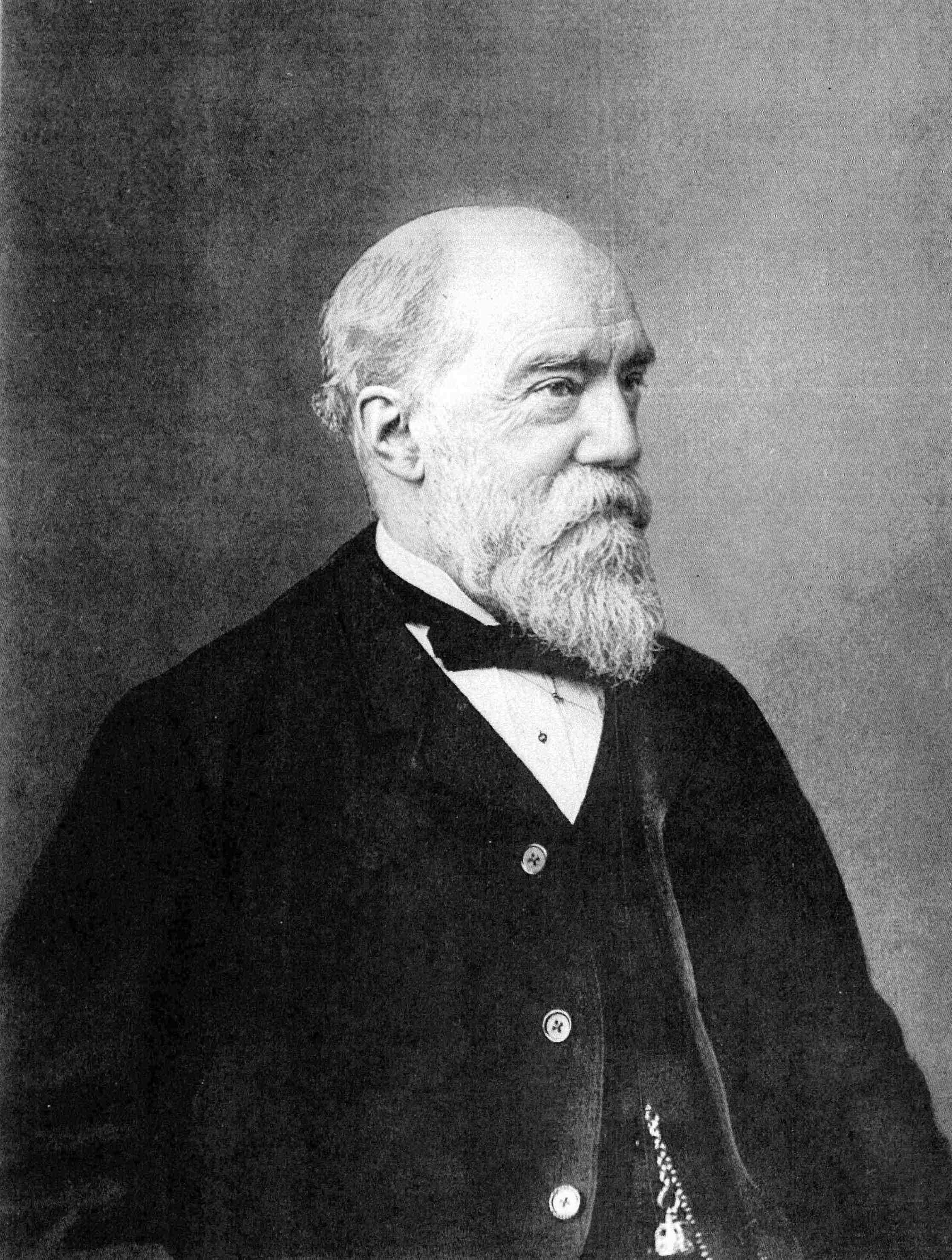 While scanning and cataloguing thousands of glass plate negatives that survived the fire that damaged a room next door to our library at Maidstone Museum in 1977, Ann Pinder recently came across a collection attributed to Witham Matthew Bywater. By coincidence, Pat Tritton, who is transcribing letters to the society dating back to 1857, found one he wrote in August 1899 from 5 Hanover Square, London, to George Payne, our Hon. Secretary, saying: ‘I am contemplating a change of abode, which necessitates a general turnout of cupboards and odd corners. Among the sundries thus unearthed are a number of negatives of Kentish churches. They are the result of snapshots taken on our Annual Excursions. Of course some of these are old and perhaps useless …’
Far from it! They were probably the first comprehensive photographic record of Kent churches. As a result of further research by Ann, Pat and our webmaster, Ted Connell, we can now tell the story of Witham Matthew Bywater’s fascinating life before and during his many years as a member of the KAS. 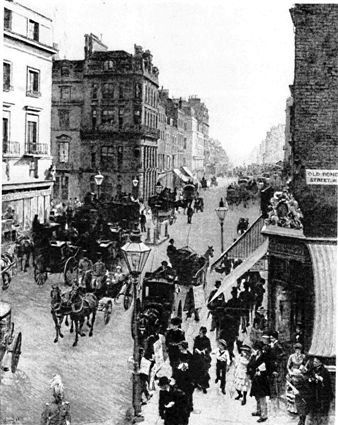 Piccadilly, c. 1883, looking towards Green Park, from a
painting by Edward John Gregory RA. Many customers
for saddles, harnesses and pattens can be seen

Witham was born in London to Matthew and Dorothy Bywater and baptized at Mayfair’s parish church, St George’s, Hanover Square, on October 19 1826. Matthew had married Dorothy, a widow, at St George’s in 1822. Her maiden name was Thwaites; her family and the Bywaters had roots in the north of England.
From the time of their marriage Matthew and Dorothy were saddlers and harness makers, living and working at 99 Piccadilly, opposite Green Park. Their wares would have been in great demand – there were about 300,000 working horses in London, and thousands of thoroughbreds belonging to the wealthy residents of Mayfair and other fashionable areas who went riding in ‘Rotten Row’ and elsewhere in London’s parks.
Witham was Matthew and Dorothy’s first son; their second, Frederick, died in 1829, when only a few months old. When Matthew died in 1845 Witham carried on the business with Dorothy, who died in 1869, aged 83.
In November 1849 Witham married Elizabeth Palmer of St Martin-in-the-Fields. They lived with Dorothy at 99 Piccadilly and had five children. Their first son, Witham Martin, born in 1850, died when he was 23; two others, Charles Matthew and George James, died in infancy; two daughters, Elizabeth and Katharine, were born in the mid-1850s.
In 1851 Witham registered a provisional design for ‘ornamental design for harness furniture’ and displayed his products at that year’s Great Exhibition at the Crystal Palace in Hyde Park. He also designed and patented an ‘Improvement in side-saddles’.
But only four years after the exhibition, Witham came down in the world. In September 1855 the London Gazette announced that his ‘estate and effects’ had been assigned to George Robson of Leicester Square, carrier, and Thomas Petch, bridle cutter and harness maker, of Long Acre, ‘upon trust for the equal benefit of all his creditors’. In 1861 and perhaps for some years before and after then, he was the manager of a saddler’s business at 257 Oxford Street. However by 1871 he was once again a saddler in his own right, now at 5 Hanover Square.
Witham’s wife Elizabeth died on December 211888 aged 62 and was buried on Christmas Eve at Brompton Cemetery, west London, in a burial plot later marked by a headstone inscribed The family grave of Witham Matthew Bywater of Piccadilly, although many years earlier his infant sons Charles Matthew and George James, and Witham Martin (who died unmarried), had been buried elsewhere in the cemetery. 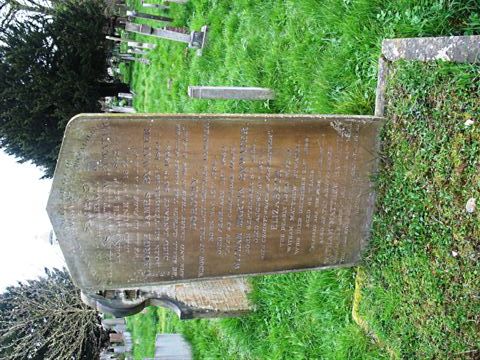 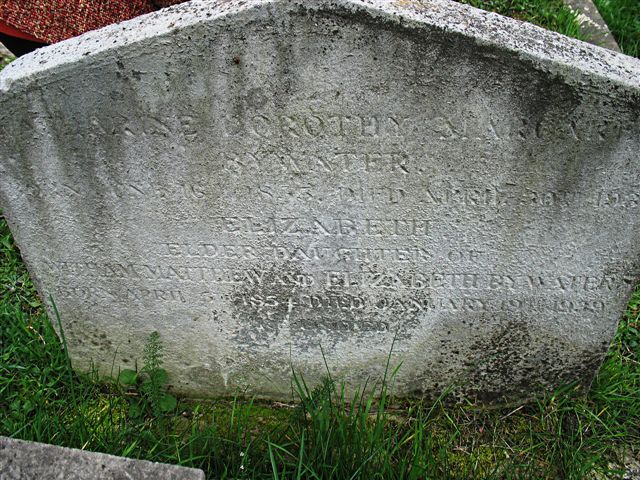 Memorial inscriptions on the Bywater family grave, commemorating Witham,
his mother Dorothy, his wife Elizabeth, their two daughters and their three sons.

Witham the Master Pattenmaker
At some time during his career Witham acquired another skill, that of making ‘pattens’, for which expertise in leatherworking was essential. Pattens were under-shoes that raised the wearers’ normal footwear (and ladies' dresses) above the mud and muck of London’s streets.
Early in 1877, within a period of only three weeks, Witham became successively a Freeman of the City of London ‘by redemption’ (i.e. payment of a fee) and a member of The Worshipful Company of Pattenmakers, one of the City of London’s Livery Companies. The company’s archivist, Colin Sewell-Rutter, told the KAS: ‘It is unusual for a Freeman to be admitted and to progress to the rank of Liveryman instantaneously. This probably reflects Witham’s standing in his profession and the company's pleasure to have been able to admit him’.
Witham joined the Court of the Company and first attended one of its quarterly meetings on July 14 1881. He arrived late, for which he was fined. He was then was assiduous in his attendance but absent for the July and October 1886 meetings. In March 1887 he was promoted to the role of Renter Warden for the ensuing year, the first step to the company’s highest office, that of Master Pattenmaker.
‘You first become Renter Warden’, said Colin, ‘then in the following year Upper Warden, then Master. Nothing is guaranteed. Election to each role is conducted by a committee of Past Masters, who look at how well the individual has conducted himself and how suitable he will be for the role. As Renter Warden, Witham had various duties to perform, including some associated with the Company’s accounts. I infer from the Court minutes that this discipline rested well with Witham.
‘Whilst Witham was Renter Warden the Upper Warden, H R Hopkins, advised the Court that he could not proceed to become Master. This is a relatively unusual situation but as a result Witham was elected to become Master Pattenmaker for the year commencing March 21 1888, even though he had never been Upper Warden’.
His main achievement as Master seems to have been a ‘cleansing’ of the company’s financial affairs. When he handed over to his successor in 1889 the Court ‘resolved unanimously to express to Witham Matthew Bywater, Esquire, sincere and hearty thanks for the very able and courteous manner in which he has presided over the meetings of the Court … and earnestly wishes him upon his retirement … many years of health and happiness and continued co-operation with them in the management of the company's affairs’.
‘Acclamation like this is not something you often find in the Minutes’, said Colin, ‘which leads me to suggest that Witham carried great respect both within the company and in his field and was someone the Court members wanted to "keep in with"; that his cleansing operation was a great success; and that the Court hoped he would continue to assist in matters relating to the company's finances’.
Witham was now 63, a widower, and still living in Hanover Square with his daughters Elizabeth and Katharine, both spinsters and described respectively in census returns as ‘artist in water colours’ and ‘artist in oil colours’. By now he also owned seven houses in east London. With a high status and reputation in the City of London, a property portfolio, and successful saddlery and pattenmaking businesses, he was clearly a ‘man of means’.
Throughout his life Witham pursued numerous pastimes and interests. He was inducted as a freemason while in his early twenties and joined several Lodges; became secretary and a Fellow of the Royal Microscopical Society; studied botany; and joined the British Archaeological Association and, in 1877, the Kent Archaeological Sociey.
He wrote two Masonic publications - a book entitled Notes on Laurence Dermott G.S. and his Work (covering the life of an eminent Grand Secretary of the Ancient Grand Lodge of England), and, in 1869, A Brief Sketch of the History of the Royal Athelstan Lodge of Antient Free and Accepted Masons. In 1886 he joined The Quatuor Coronati Lodge, achieving the office of Grand Sword Bearer.
In 1892 he wrote A Pedigree of the Bywater and Witham Families, a bound copy of which was donated to the British Library.

Annual excursions
When Witham wrote to George Payne he was in the process of what today we call ‘down-sizing’. The Hanover Square house in which he had lived for some 30 years held many memories, including those of recovering from business problems, raising his family, and losing his wife and three of their children. Now he had only his two daughters and a domestic servant to accommodate. By 1901 they had moved to a handsome detached Victorian house at 33 Telford Avenue, Streatham Hill, on a tram route to London and a mile from Streatham Hill railway station.
Witham took part in many of the KAS’s excursions to churches and historic sites all over the county. These extraordinarily adventurous events, held after the society’s annual business meeting in late July or early August, were attended by up to 400 members (and ‘a large number of ladies’, to quote from a report in the 1877 edition of Archaeologia Cantiana).
The meetings were held in a different town every year. From there, horse-drawn carriages conveyed members to the places on the outings’ meticulously planned itineraries. Sometimes, trains were chartered by the KAS from Kent’s main-line railway companies, the ‘South-Eastern’ (opened in 1842) and the ‘London, Chatham & Dover’ (completed in 1861), to take the groups to local stations closest to the destinations, with hired carriages waiting to carry everyone onwards to places of interest several miles from the railway. At other times the groups travelled by public train services. 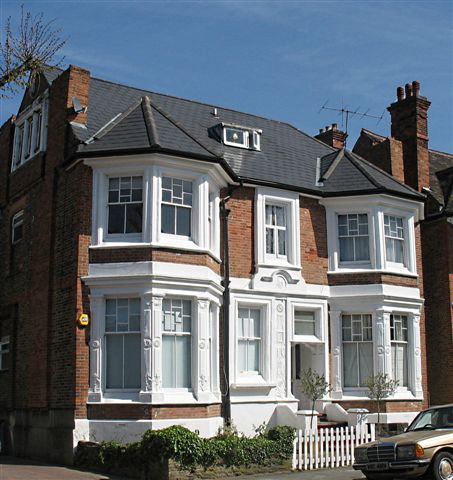 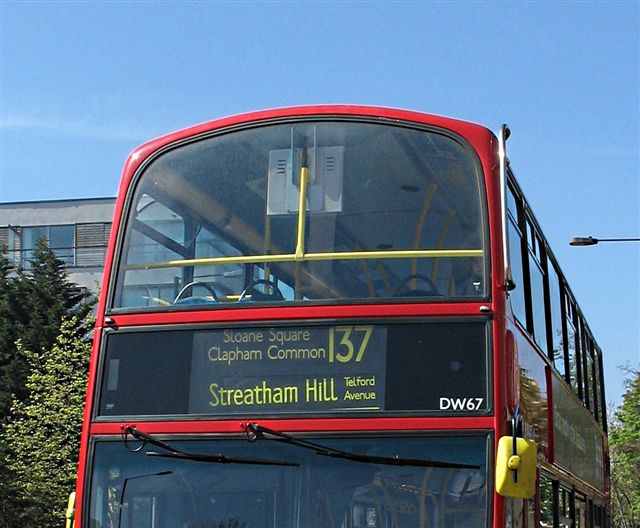 All the arrangements were made by a ‘Director of Locomotion’. The sight of hundreds of smartly-attired archaeology enthusiasts assembling at country railway stations, and jolting along the dusty lanes in a convoy of 20 or more conveyances, would have amazed the local inhabitants.
Photographs of the places visited were taken by, we presume, Witham, since it was he who held the collection of negatives. Lifting a heavy camera, tripod, and boxes of glass plate negatives on and off carriages would not have been easy.
In 1897 Ernest Christopher Youens became the society’s honorary photographer and recorded the annual excursions. (Read more about him on http://www.nwkfhs.org.uk/youens.pdf
Witham died on March 1 1911, aged 85. His funeral was held at Brompton Cemetery on March 11. His effects were valued at £8,127. 2s. 2d – about £810,000 in today’s money. He left everything he owned to Katharine, who died in April 1934, and Elizabeth, who died in January 1939. They were 79 and 85 respectively.
His photographic collection can now be viewed on the previous webpage
For reports of the annual excursions see ‘Abstracts of Proceedings’ in Vols 10 (1876) to 25 (1902) of ‘Archaeologia Cantiana’, available from the society on DVD. 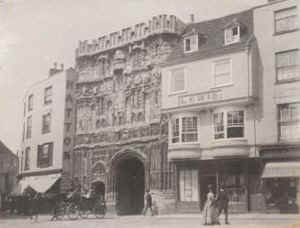 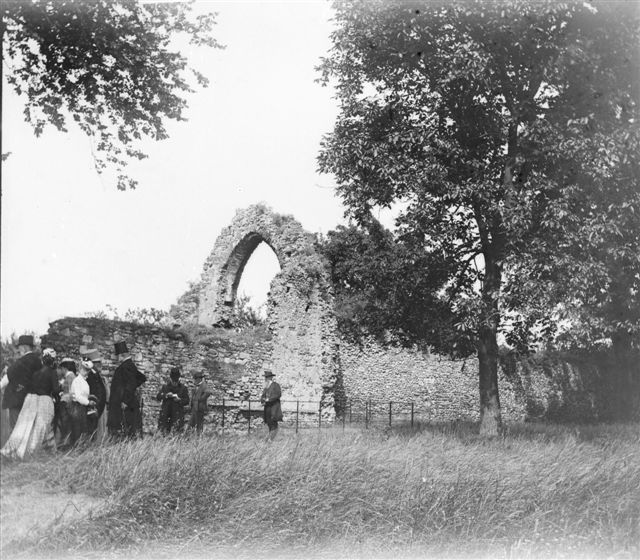 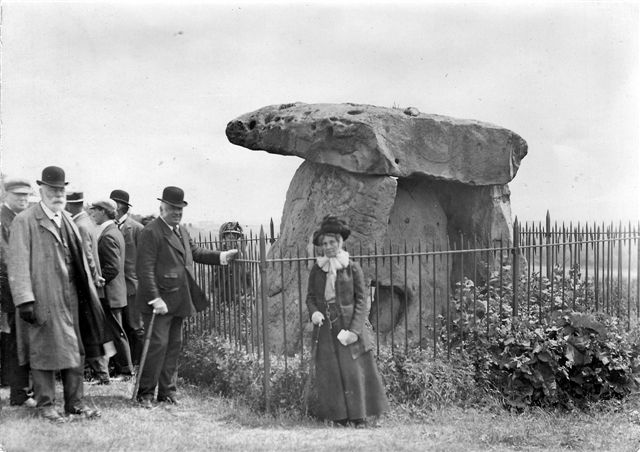